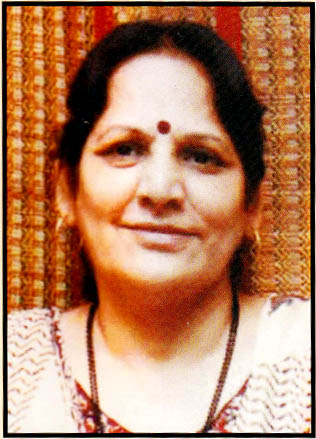 Ms. Shobha Lalchandani, a doyenne of ‘Sinindhyat’. is an unsung heroine. Although her contribution to ‘Sindhyat’ are significant and meanigful, she shuns publicity and considers herself as humble and dedicated promoter of ‘Sindhyat’.

She is an M.A. in Sindhi Literature from Mumbai University. Also she is MA in Arts & Printing. She was born in February, 1955 in a celebrity family of Smt. Paroo and Shri Thakur Chawla, who are well known promoters of preservers of ‘Sindhyat’. Even at this age, both of them continue to contribute; more particularly, in ‘Sindhi Awazi Culture’. they deserve three kudos and also so infinite love of Sindhi Community. Shobha inherited significant attributes from her parents. She married Mr. Ram Lalchandani, a popular ‘Chitrakar in May, 1974. Both of them together are serving the Sindhi Community and ‘Sindhyat’ with devotion.

Shobha had brief stint as lecturer of Sindhi in the famous Jai Hind College and MMK college, Mumbai, for Six years. She is a prolific writer and has written many papers, articles etc in Sindhi Language. she has also have participated in several seminars and cultural events. She has won many awards and is profound speaker in her own right. Thus she is versatile in many fields. She has great ‘flair’ for Journalism too.

She has been very actively involved in ‘Hindvasi’ a complete family weekly news magazine in Sindhi, which has a global circulation. Mr.  Mangharam Simphimalani, prolific journalist and freedom fighter started ‘Hindvasi’ weekly magazine in 1991. While he was ‘Editor-in-Chief’ of this magazine, Shobha became Assistant Editor. This is how her career as a journalist began. This weekly magazine is popular with Sindhi Community, who look forward to receiving and reading it with interest every week.

Mr. Mangharam finally handed over the “baton” of Editorship to Shobha about a year back. Shobha has done full justice to the confidence reposed by Mr. Mangharam in her. Week in and week out, this family magazine is published by Shobha. It is very sad that the readership of Sindhi books, magazines, etc., is on the decline and, therefore, naturally there is a paucity of funds. And yet, Shobha has kept the flag flying. This requires very deep commitment to promote ‘Sindhyat’. She is humble, humane and deicated worker. I can go on adding more and more adjectives to her caliber and passion. But, as they say, ‘All good things must come to an end’.

In conclusion, I would like to say that she is a young and dynamic with tremendous potential for growth. The words of famous Robers Browning are worth quoting here:

Thank you..Your Comment will be visible After Some Time

Fail to Save Comment..Please Try Again 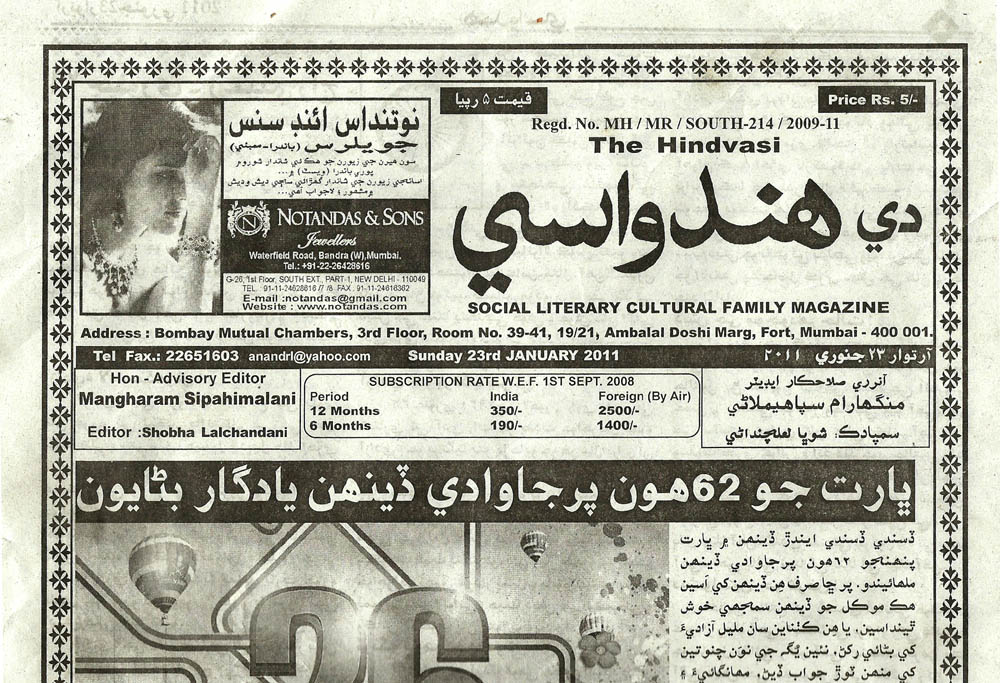